For the NY Aquarium, this has been the project that never ends, it goes on and on my friends.

Starting in 2012 and to be completed in 2013 the sharks exhibit was supposed to adorn the ceiling of the NY Aquarium. Unfortunately, when Hurricane Sandy abruptly halted progress when it washed the entire aquarium into the ocean.

Years later, in 2016, the rebuilding of the New NY Aquarium began and the shark project was on again. Twenty-nine different sharks varying from 2 ft. x 2 ft. to 6 ft. x 10 ft. were to be cut and hung from the ceiling on a lighting track so each of the edges would glow.

Each of the underwater creatures were to be produced out of ¾ in. acrylic. The acrylic shapes were flatbed printed, laser die-cut if it was a smaller piece or CNC routed if it was larger than a 5 ft. by 10 ft. piece. The edges were hand flame polished to achieve the look the aquarium wanted.

Next time you stroll through the NY Aquarium, don’t forget to look up! 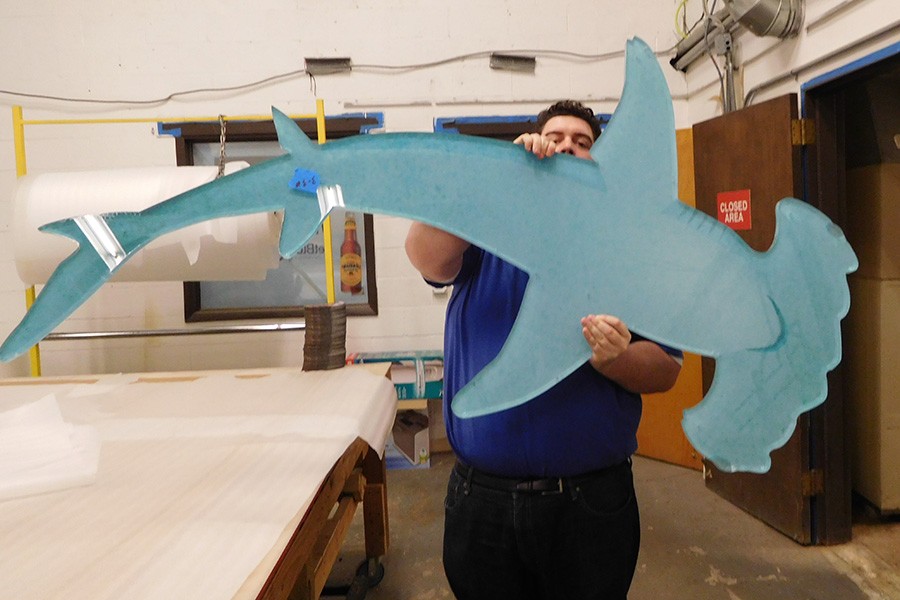 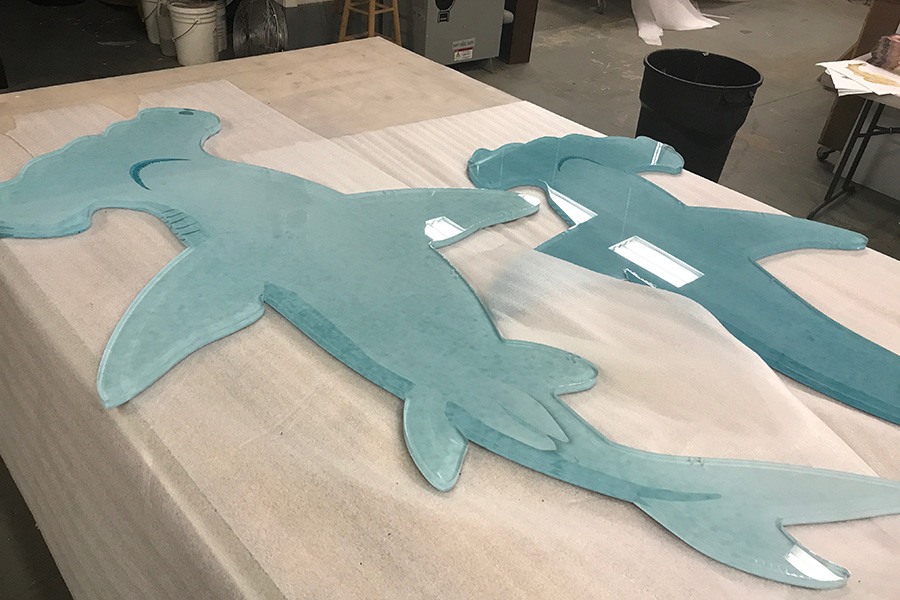 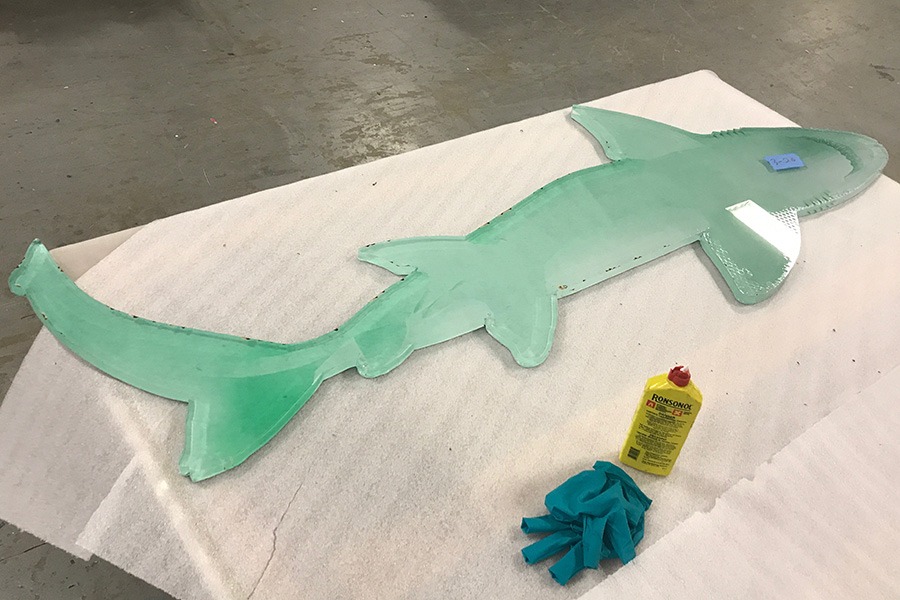 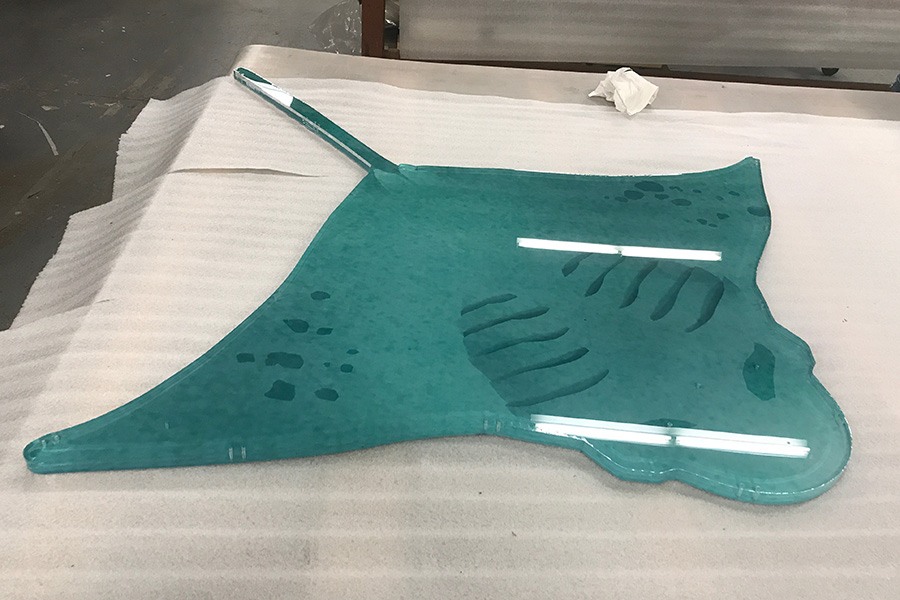 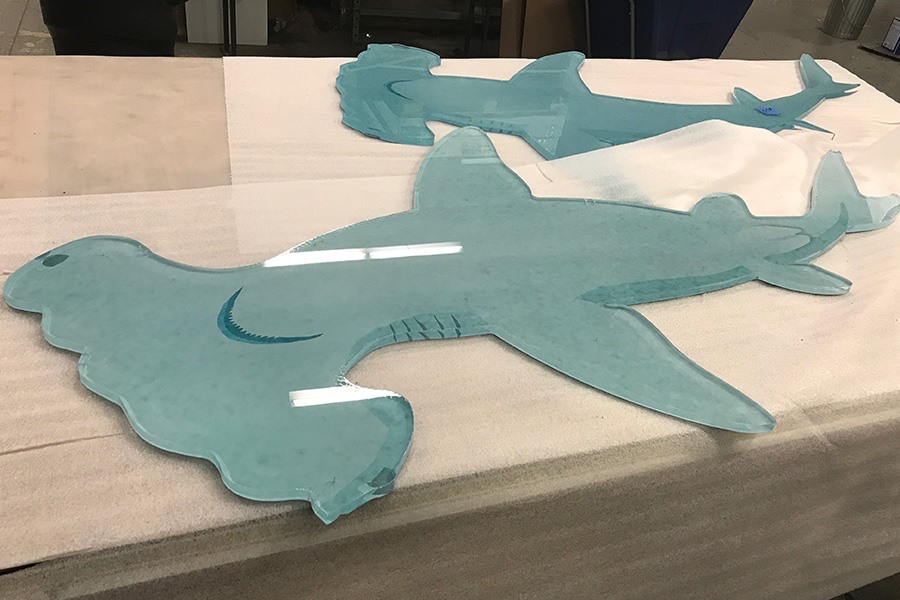 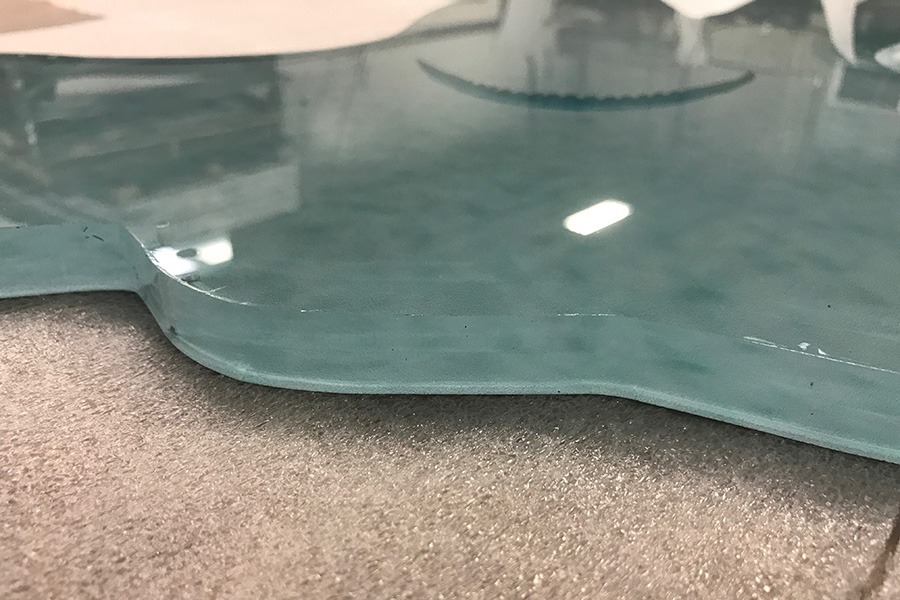 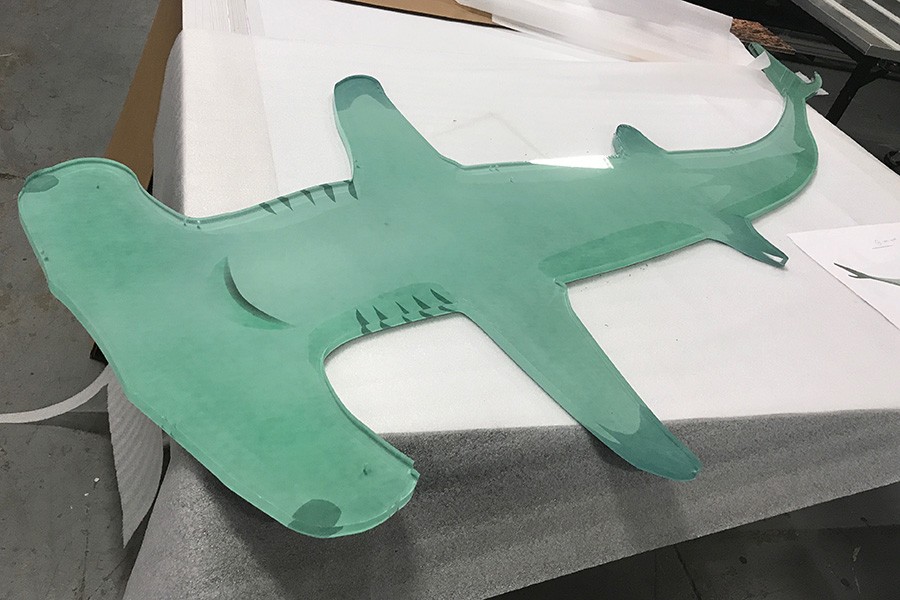 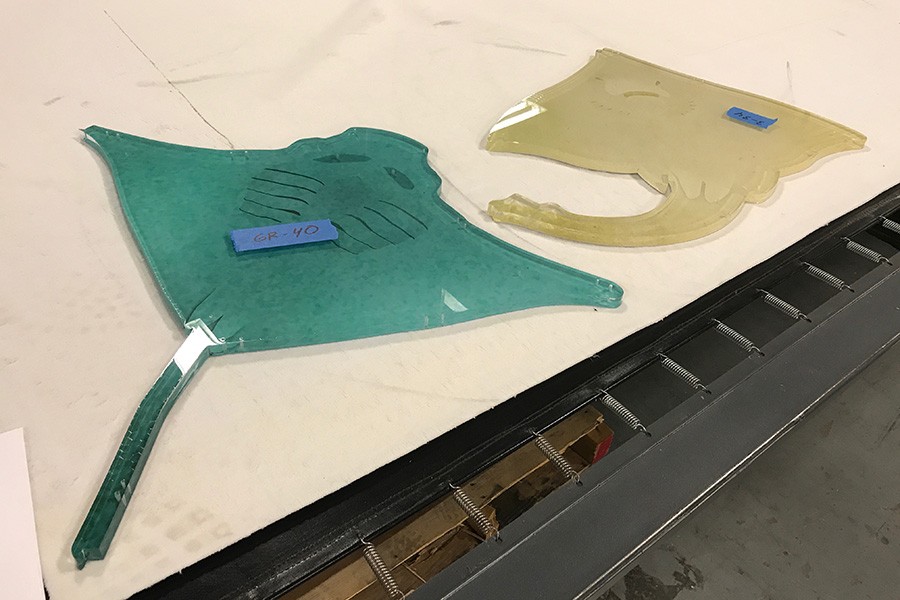 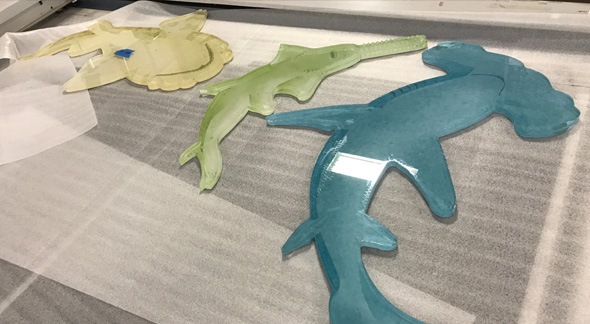 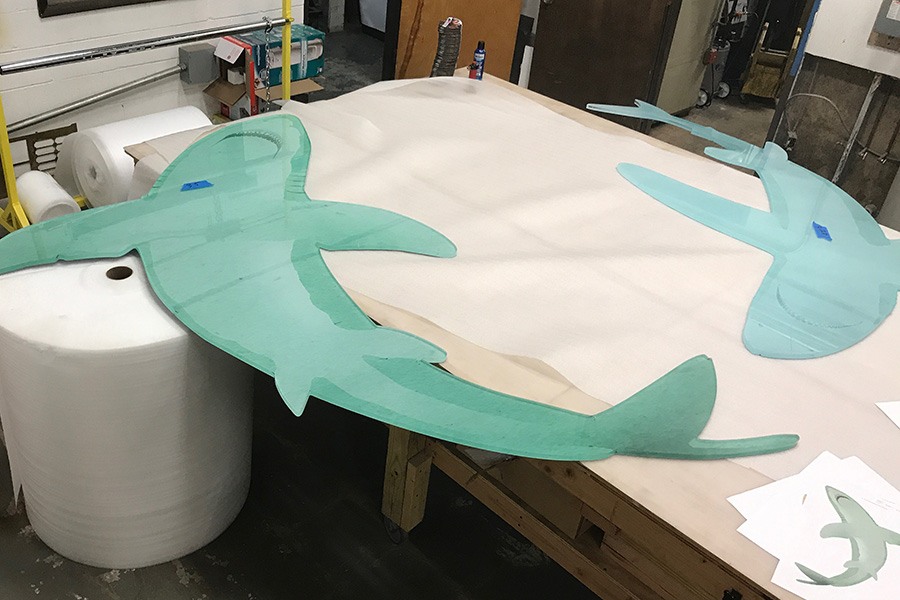 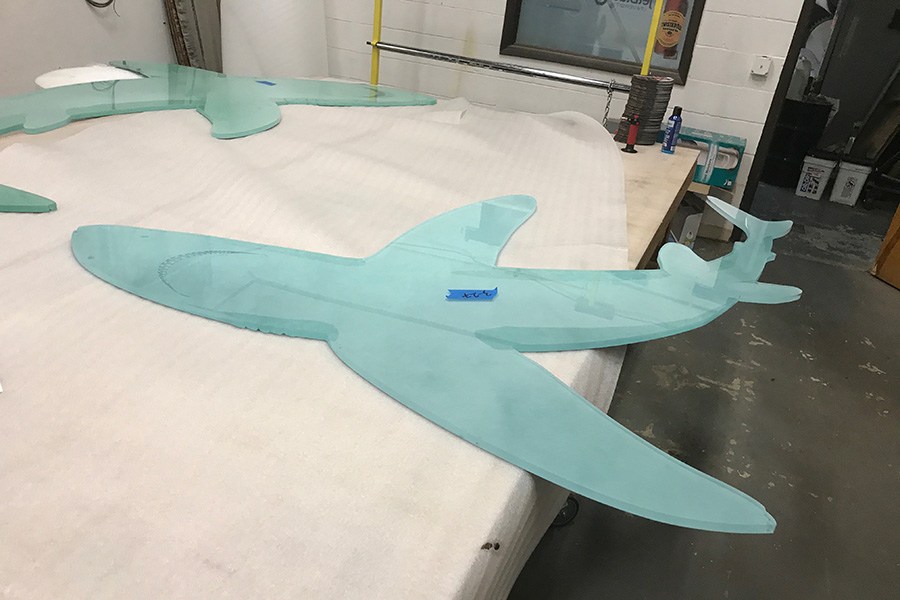 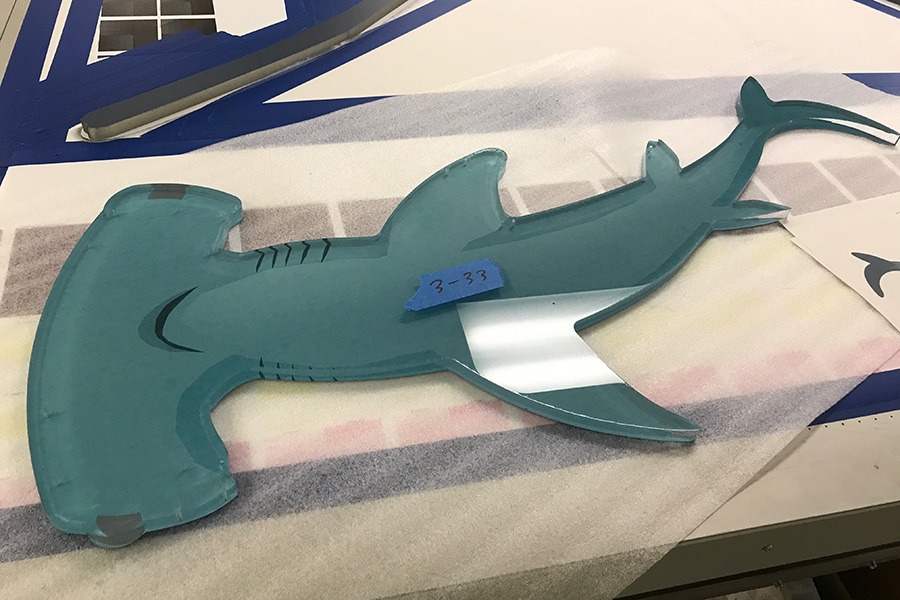