Carnival Cruise Lines wanted to test run a series of Lip Sync Battle shows to their fleet one night per voyage. Lip Sync Battle is a television show that debuted on Spike in 2015. The show is a spin-off of a bit first introduced on Late Night with Jimmy Fallon.

Carnival reached out to Scenery First to vet out how to get the television show set onto each of their cruise ships within a budget and easy enough to erect and tear down each week.

Being one night only per trip ruled out building an entire set on each ship. Utilizing Enhance a Colour’s seamless dye-sublimated fabric, 8 LSB backdrops were printed varying in size for each ship’s theater or lounge and each drop with a 60 in. x 84 in. doorway cut into the middle for Scenery First to attach to sliding doors.
Working with just a backdrop and sliding doors the project was well within budget and if the 8 ships find the show successful it will roll out on the rest of the fleet! 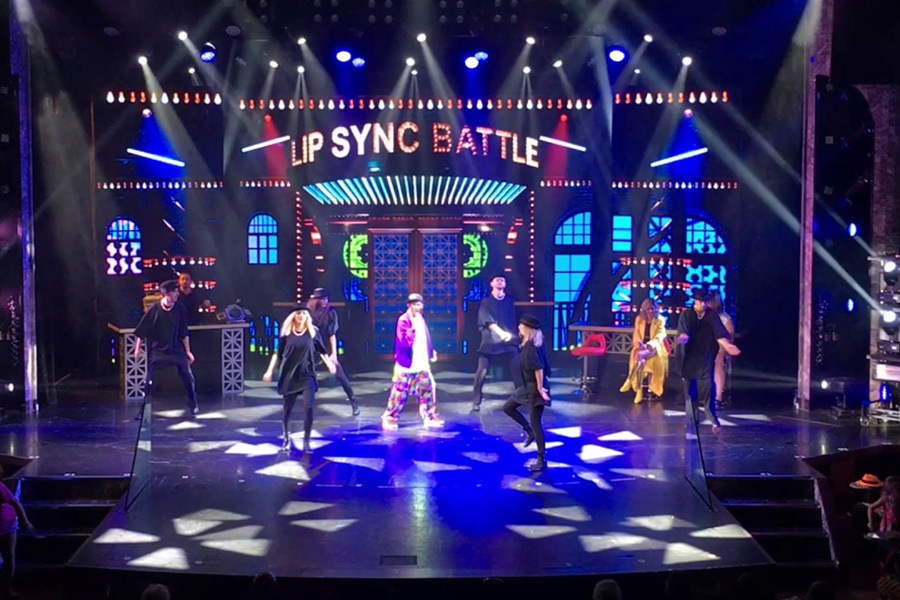 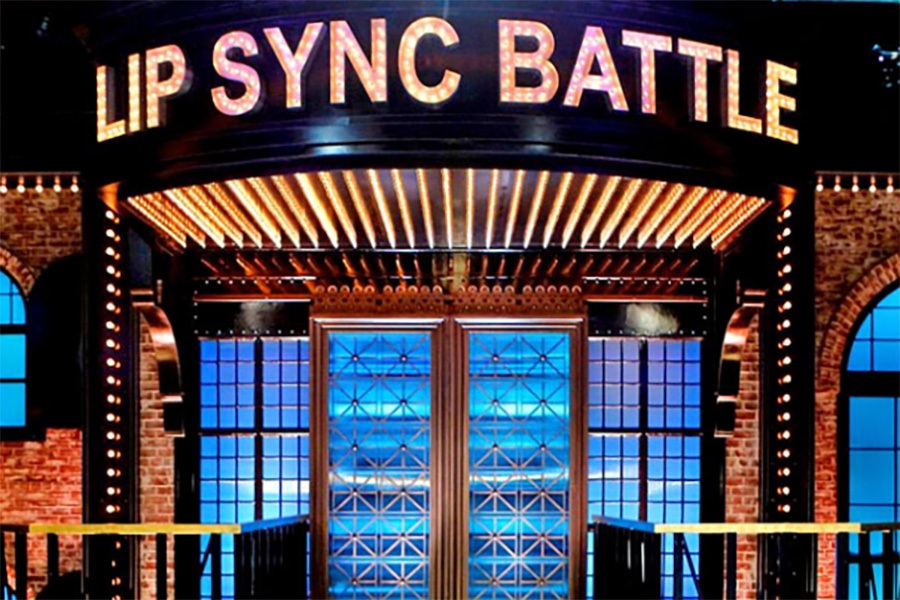