Skip to content
Custom Flooring on the Broadway Stage

Natasha, Pierre & The Great Comet of 1812 is a musical adaptation of a segment of Leo Tolstoy’s War and Peace, focusing on Natasha’s affair with Anatole and Pierre’s search for meaning in his life.

The Tony Award-winning musical implemented a completely immersive stage where actors and musicians migrate throughout the theater. The cast dances in the aisles and snakes through the audience on printed arboron – custom flooring.

The stage floor is made up of ninety 4 ft. x 8 ft. sheets of arboron (a compressed masonite material) that is impossible to paint and until now – to print. Numerous rounds of testing were done to ensure the ink would not chip under high traffic night after night. After guaranteeing the ink would stay on the material, our in-house design department took the artwork and turned it into blueprints for a seamless installation.

After the 90 sheets were printed a laminate was applied on top as an extra barrier for the ink. All the pieces were CNC cut and routed and then countersunk to the show deck. The whole project was completed in less than 2 months from start to finish. 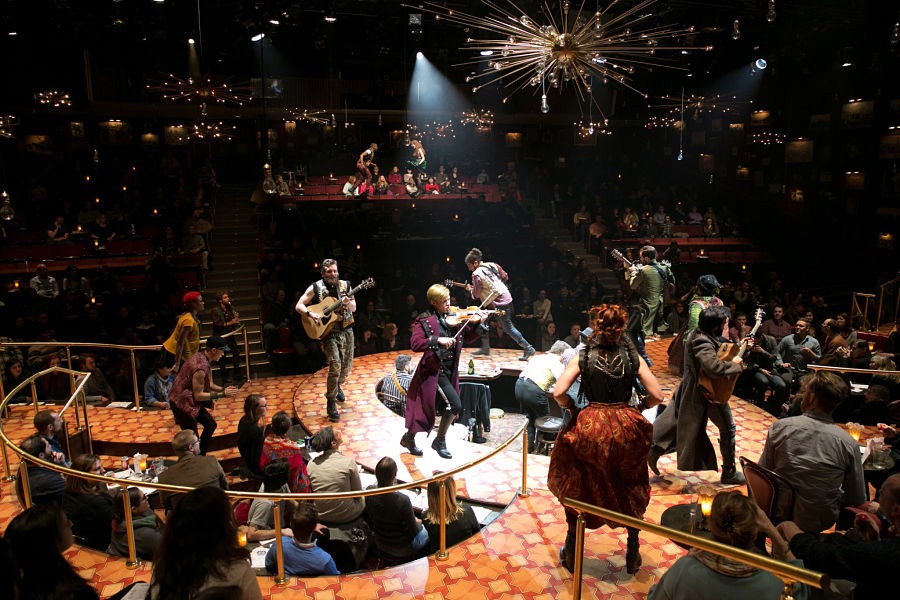 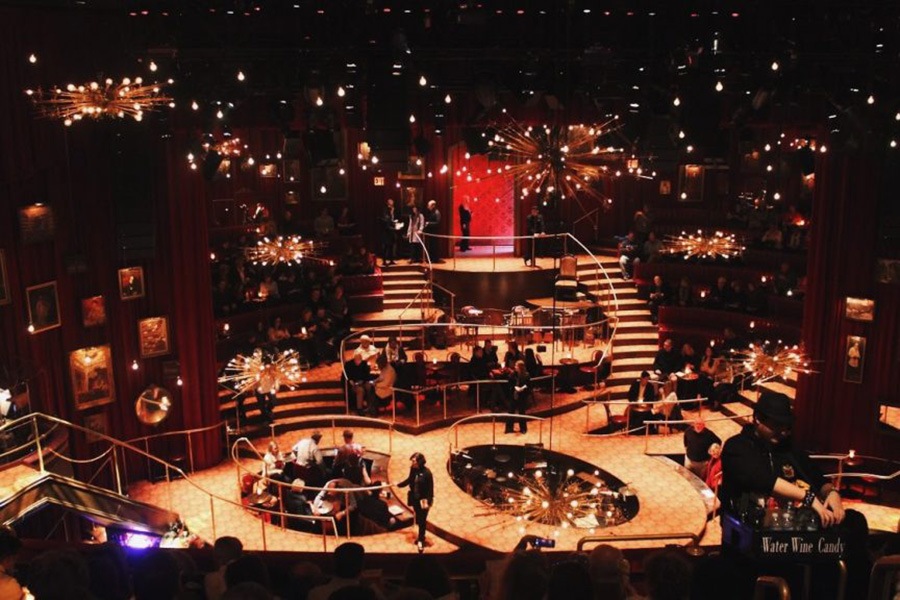 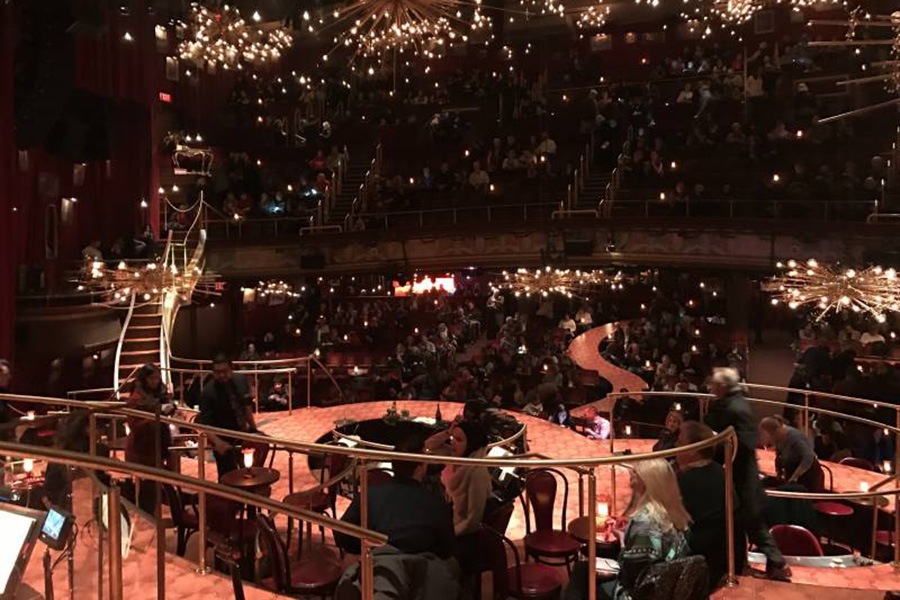 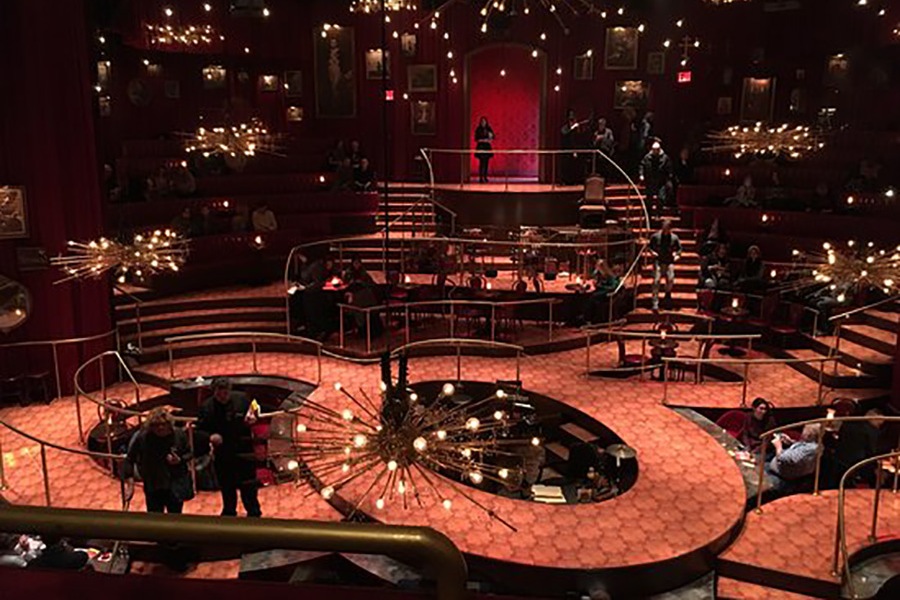 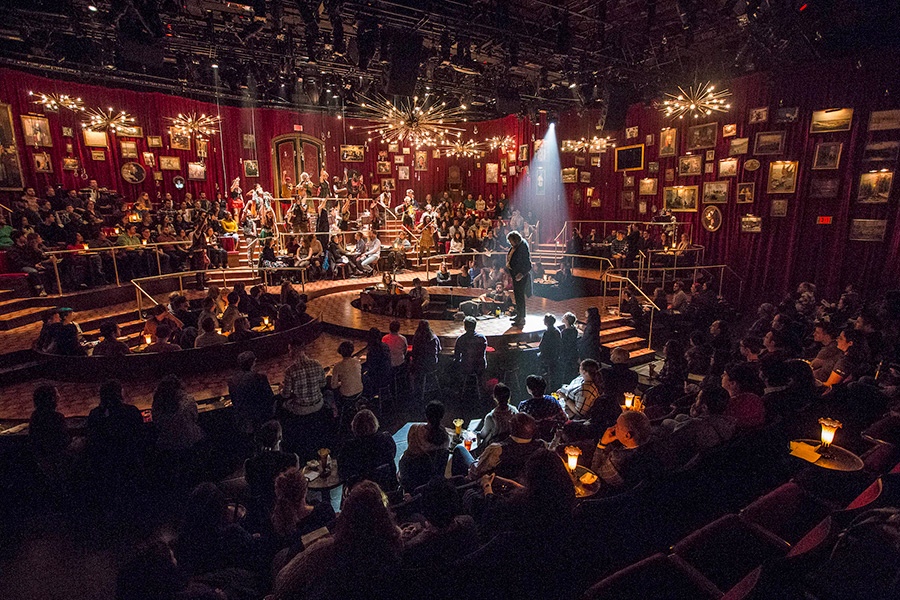 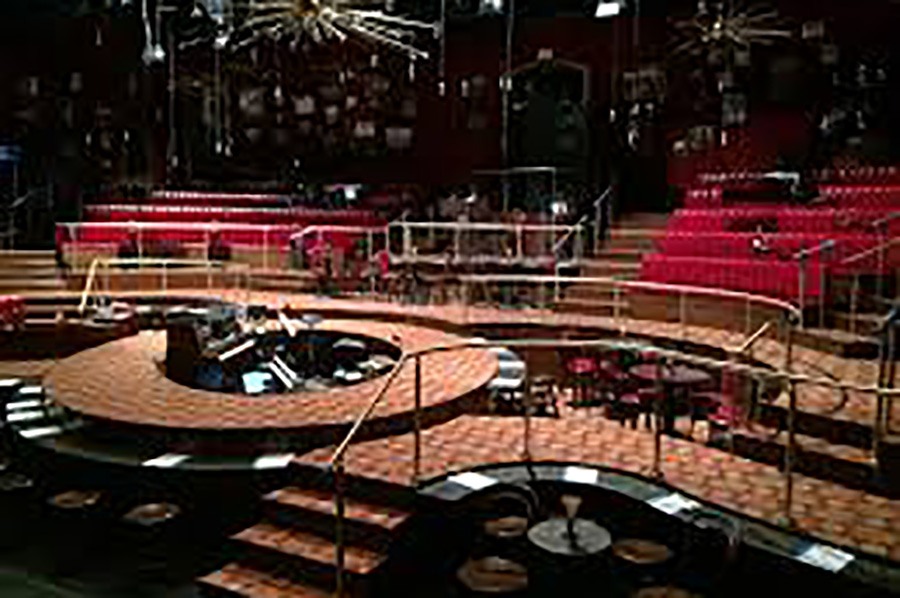